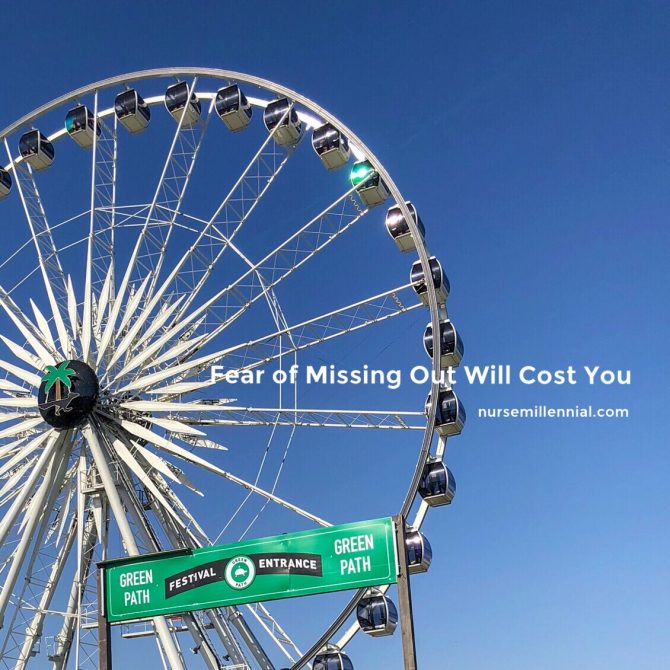 Fear of Missing Out

FOMO is a real thing that comes with a cost. Since I was 24 I went through a phase where I felt the need to be at all the music festivals and go out all the time. I had just started working full time and chose not to prioritize my debt or learn how to budget. You can read about my plan to get out of debt here. I didn’t realize that these behaviors would later be financially destructive.

FOMO hit me so hard that I’ve been to 19 music festivals. That number is insane! Most of the festivals are 2-3 days long, with tickets ranging from $50 – $429! This habit followed me until now at 30 years old (last weekend I went to Coachella aka Beychella).

How much FOMO cost me

I spent approximately $3,489 on music festival tickets alone. JUST THE TICKETS. This doesn’t include the expenses on outfits, hotels or airbnb, transportation, food, drinks, and merchandise. It wouldn’t surprise me if I’ve spent more than $5,000 total trying to get lit. Talk about “Lit-spenses.”

You’d think I’d stop after going to festivals, but I also went to local concerts or out to bars with my FOMO friends. All those FOMO saturday nights out add up. People spend an average of $85 on a night out here in Los Angeles, according to Shana Fong’s article on Eventbrite. The article was written in 2015, so imagine how much more expensive it could be 3 years later.

This is what usually happens on a night out if you’re like me and my friends: you take an uber, probably have about 2 drinks at the bar, maybe buy a round of drinks, go out to eat after because of drunchies, and then uber back home. I’d say that would cost roughly about $90-$100 amirite?

Now that I’m well into my debt payoff plan I’m retiring from the festival life. I swear. Consider this the receipt of me saying that! Hashtag lastchella!

My conscience puts me on the worst guilt trip when I spend on things outside of my budget. It irks me to think about $5,000 plus other litspenses I could’ve paid toward debt. My loans would’ve been well under 6 figures by now!

I’m not trying to bag on people who frequently go out or go to festivals, not at all! I love going out to new bars out here in LA and I’ve had so much fun at the festivals with my closest friends; 10/10 would recommend going unless you have debt. Prioritize, stick to your budget, be mindful of your spending… and don’t go to festivals 19 times (SMH). 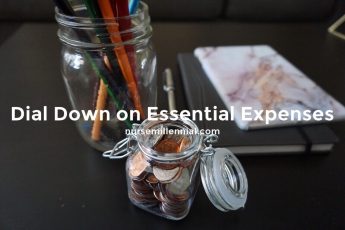 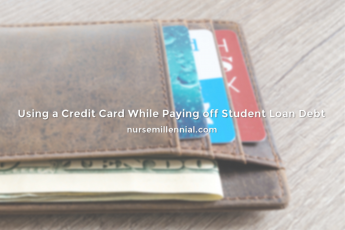